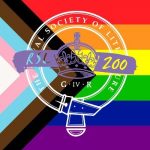 The Sky Arts RSL Writers Awards celebrate and nurture British writers of colour at the beginnings of their careers. Five  winners will receive ten mentoring sessions over the course of 12 months with an RSL Fellow writing in their form, as well as two sessions with Awards Ambassador Bernardine Evaristo.

Launched in 2021 in partnership with Sky Arts, the Sky Arts RSL Writers Awards celebrate and nurture British writers of colour at the beginnings of their careers. Five winners will receive ten mentoring sessions over the course of 12 months with an RSL Fellow writing in their form, as well as two sessions with Awards Ambassador Bernardine Evaristo.

Submissions for the 2022 Sky Arts RSL Writers Awards are open until midnight on Sunday 31 July 2022. Full eligibility criteria and guidelines are available here.

Jay Bernard is the author of the pamphlets Your Sign is Cuckoo, Girl, English Breakfast, and The Red and Yellow Nothing, which was shortlisted for the Ted Hughes Award in 2017. Jay was a Foyle Young Poet of the Year in 2005 and a winner of SLAMbassadors UK spoken word championship. Their collection Surge was shortlisted for the RSL Ondaatje Prize; Costa Poetry Award; T.S. Eliot Prize; Forward Prize for Best First Collection and Dylan Thomas Prize. In 2020 they won the Sunday Times Young Writer of the Year Award.

Born in Nigeria, Inua Ellams is an award winning poet, playwright & curator. Identity, Displacement & Destiny are reoccurring themes in his work in which he mixes the old with the new, traditional with the contemporary. His books are published by Flipped Eye, Akashic, Nine Arches, Penned In The Margins, Oberon & Methuen.

Nadifa Mohamed was born in Hargeisa, Somaliland, in 1981. Her first novel, Black Mamba Boy, won the Betty Trask Prize; it was longlisted for the Orange Prize and shortlisted for the Guardian First Book Award, the John Llewellyn Rhys Prize, the Dylan Thomas Prize and the PEN Open Book Award. In 2013 she was selected as one of Granta’s Best of Young British Novelists and has recently been awarded an Arts and Literary Arts Fellowship by the Rockefeller Foundation. Her second novel, The Orchard of Lost Souls, won a Somerset Maugham Award and the Prix Albert Bernard. She was elected a Fellow of the Royal Society of Literature in 2018.

Vinay Patel is a writer for screen, stage and film. His TV debut Murdered by my Father won 2 RTS Awards and was nominated for three BAFTAs. Mostly recently, Vinay worked on seasons 11 & 12 of Doctor Who, receiving Hugo nominations for his episodes. He has several projects in development including a contemporary sci-fi series.

Nikesh Shukla is a novelist and screenwriter. He is the author of Coconut Unlimited, Meatspace, The One Who Wrote Destiny, Brown Baby: A Memoir Of Race, Family and YA novels, Run, Riot and The Boxer. Nikesh is the editor of the The Good Immigrant, co-edited The Good Immigrant USA and was one of Time Magazine’s cultural leaders, Foreign Policy magazine’s 100 Global Thinkers and The Bookseller’s 100 most influential people in publishing.

The winners of the 2021 Sky Arts RSL Writers Awards were:

You can watch videos of them all talking about what winning means to them here. 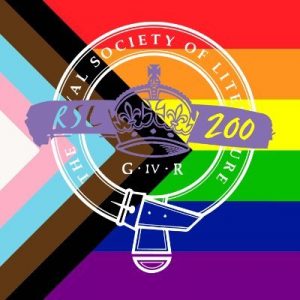