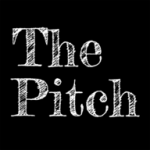 The Pitch Film Fund exists to give emerging filmmakers a chance. We offer an array of training and support and have £50,000 to spend on two short films, offering you the opportunity to follow in the footsteps of everyone from Monty Python to Martin Scorsese in making a film inspired by the Bible. We are open to filmmakers of any background.

The 2023 Fund will make two films, falling broadly under the categories of Comedy and Drama, but there is freedom to explore genres within this. The Pitch judges include the director of the National Film and Television School, while finalists have gone on to make internationally praised feature films, securing agents, managers and a roadmap for their career.

The Pitch is open for applications from July. Early bird entry is free, but to stagger entries – and support the fund – there are charges for later dates. All fees go into supporting filmmakers through The Pitch.

The 20-pitch Shortlist will be announced on Thursday 10 November. These entrants will take part in the Online Shortlisters’ Day on Saturday 19 November.

The top ten who will advance to the Finalists’ Weekend will be announced on Thursday 24 November. 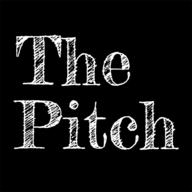