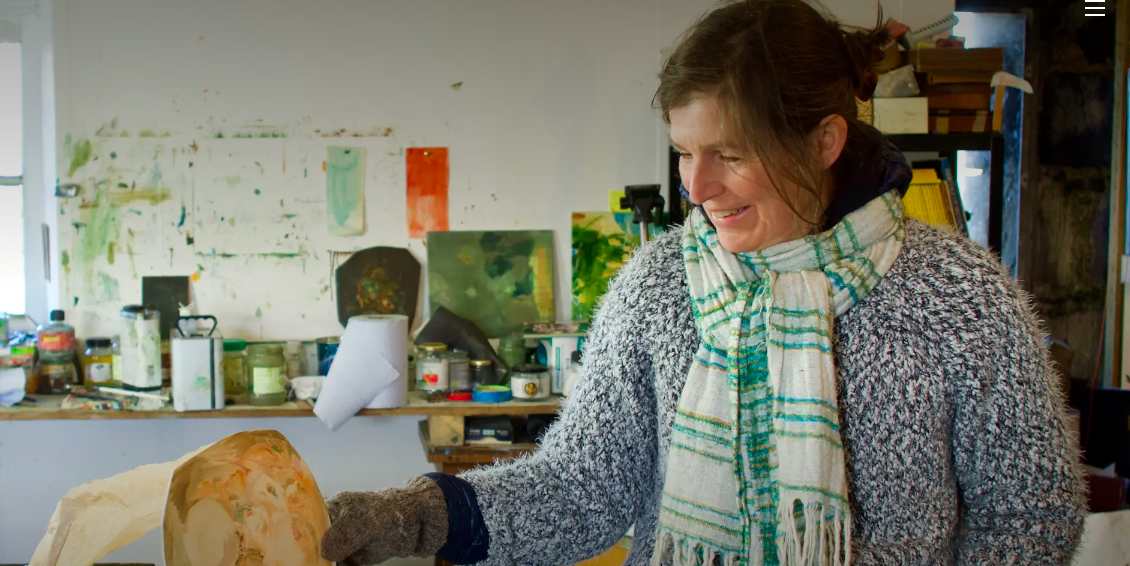 Since completing an MA in Fine Art at Chelsea College of Art in 2008 Pippa Gatty has exhibited her dark, intimate paintings widely in the UK and abroad, but few people have made it up to Mull to see her meticulous process first-hand in her converted barn studio. Join Pippa for a look around her studio and the landscape around it and gain an insight into how her environment affects her process and how entirely not new isolation is to her.

After a short virtual tour, Pipa will speak briefly about her work before answering questions.

Pippa Gatty’s paintings are an exploration of time and space. Dark and small in scale, they are an intimate invitation into an unsettling world with resonances rooted in nature. They illustrate Pippa’s sense of wonder, foreboding and grief, and reflect a nostalgia for a time of ecological innocence. A human or animal presence is often suggested but seldom depicted. Each painting poses a series of open-ended questions, but the outcome is always unknown.

She has been included in various other open competitions including Contemporary British Painting Prize 2019 and Jerwood Drawing Prize.  In May 2019 she had a solo show, “Against the Fall of Night’ at Arusha Gallery in Edinburgh. From London originally, she now lives and works in the Inner Hebrides.

The Creative Entrepreneurs Club is a resource that helps creative people learn the skills they need to make a living doing what the love.