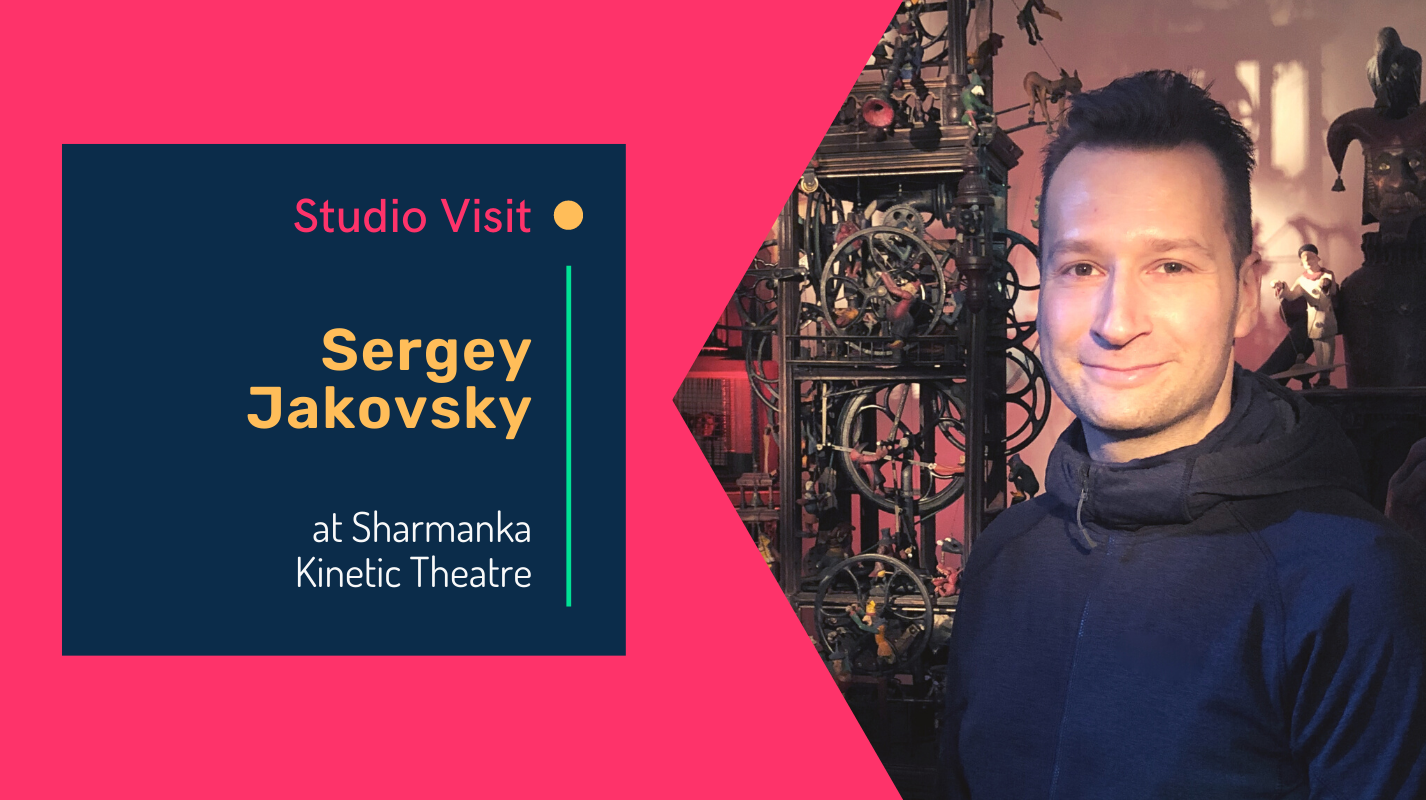 This month we have the pleasure of visiting Glasgow’s Sharmanka Kinetic Theatre, home to sculptor-mechanic Eduard Bersudsky and theatre director Tatyana Jakovskaya life’s work of hundreds of carved figures and pieces of old scrap, which perform an incredible choreography to haunting music and synchronised light. With his kinetic sculptures, Eduard’s pieces tell the funny and tragic stories of the human spirit as it struggles against the relentless circles of life and death.

Join Eduard and Tatyana’s son and entrusted caretaker and GM of the theatre, Sergey Jakovsky for an informative tour around the space and a look into the unique work of Eduard Bersudsky. Hear Sergey’s stories of growing up in the space, the effects of the pandemic, what it’s like to now lead his family’s business and his plans for the future.

Sergey Jakovsky has an extensive background in theatre & visual arts being born into a family of two theatre directors. Over the years Sergey developed an interest in lighting and its influence and enhancement of visual and performing arts. He studied Technical and Production Arts the Royal Scottish Academy of Music and Drama and graduated in 2002, specialising in lighting design and technical management. Since then he’s worked with numerous companies in the UK and Europe as a lighting designer and production / project manager including all of Sharmanka’s new work, exhibitions and theatrical collaborations.

Sergey has recently taken over as General Manager at Sharmanka with an ambition of preserving, promoting and showcasing its creative & historical legacy.

Connect with Sergey in the CEC directory