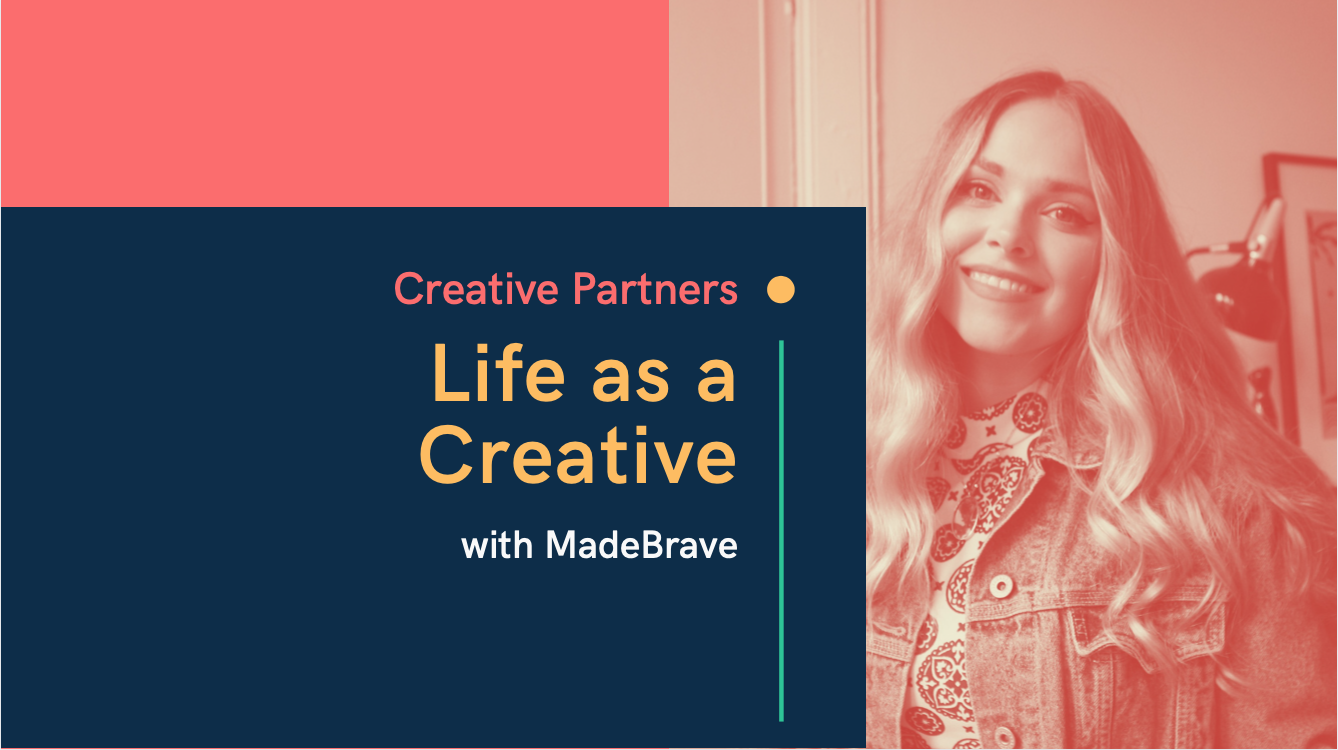 We’ll be LIVE Tuesday 8th of September at 5pm for session seven of our webinar series with our pals at Creative Entrepreneurs’​ Club where we’re interviewing some of our favourite inspiring and creative minds!

For this one, CEC’s Rachael Brown and MadeBrave’s CEO Andrew Dobbie will be interviewing copywriter and content strategist, Stephanie Boyle!

During this session, we’ll be asking Stephanie all about her approach to content writing and developing content strategies. We’ll also be asking her about her work for brands like Tens and Nude Finance, and how she’s helped businesses define their brand voice and bring it all to life through content.

There are no tickets for this event. But we’ll be going live on MadeBrave’s LinkedIn page at 5pm, so make sure to give MadeBrave a follow and turn on your notifications!

Stephanie is a freelance Copywriter, Content Writer & Content Strategist. As you can tell, she likes writing, but beyond that, she counts vintage clothes, cooking new recipes and then eating those recipes as some of her most keen interests.

Throughout her career, she has worked with brands like Tens, Nude Finance and MadeBrave — helping them to define their brand voice and bring it to life through content.

Connect with Stephanie on the Creative Entrepreneurs’ Club

Andrew Dobbie is the Founder/CEO of MadeBrave – an award-winning, global strategic brand agency based in Glasgow & London.

Launched in 2012, Andrew left his previous job with a newborn baby at home and just £1,000 of personal savings in the bank. Fast-forward a few years, and MadeBrave has grown to a team of nearly 50 people and a client roster including the likes of Doritos, IBM, Distell, Vets Now, First Group UK, and Edrington Group.

Connect with Andrew on the Creative Entrepreneurs’ Club

Force for good, Rachael Brown is Chief Executive at Creative Entrepreneurs’ Club where she works to support and empower creatives and social enterprises. She previously spent over a decade at Impact Arts and has worked on joint ventures with the Scottish Government and leading agencies including Creative Scotland and Scottish Enterprise. Rachael’s experience and knowledge are truly beyond question, and her passion for business and cultural, creative arts is infectious.

Connect with Rachael on the Creative Entrepreneurs’ Club