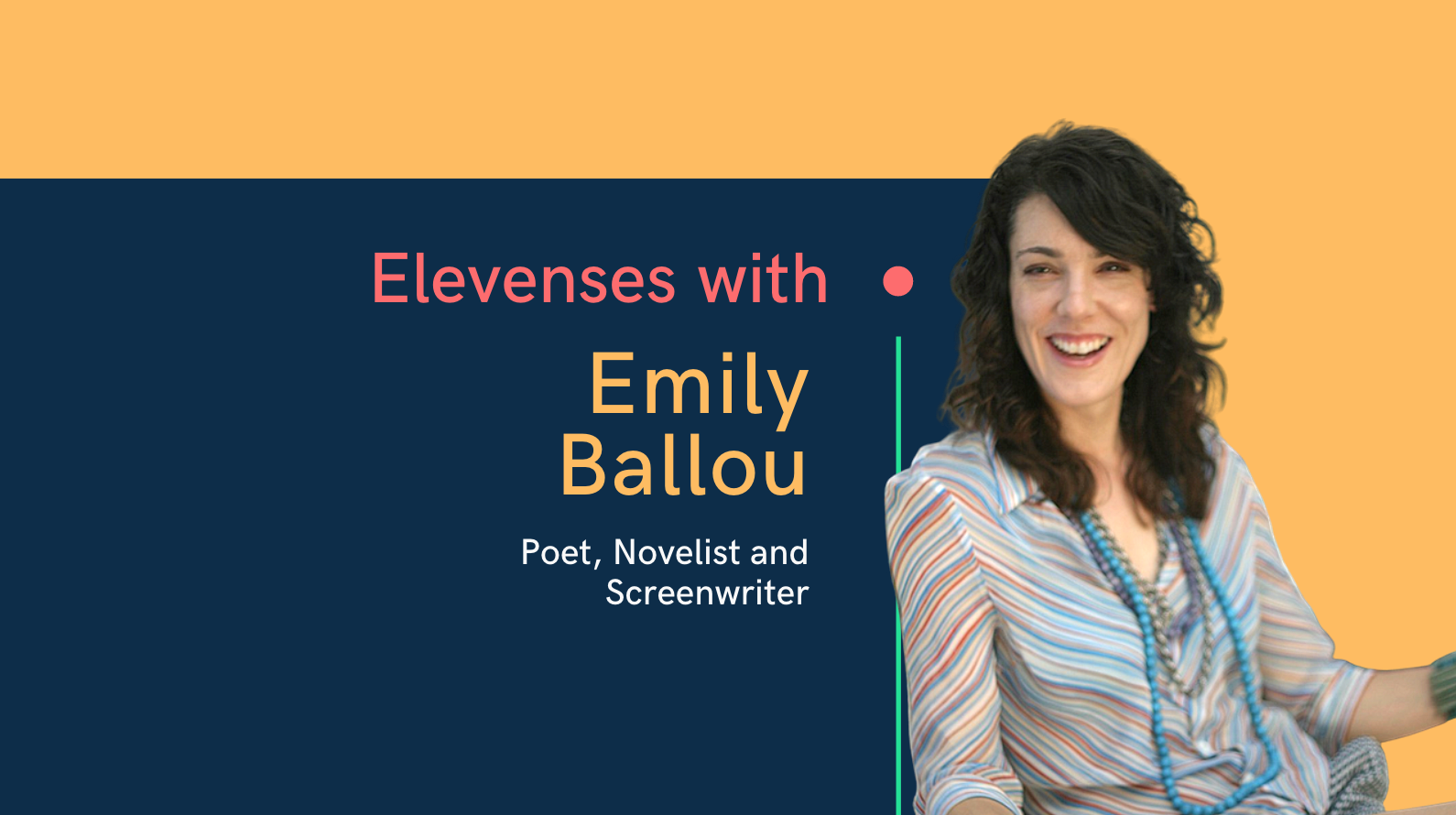 This week on Elevenses, we chat with Australian-American poet, novelist and screenwriter Emily Ballou about what it really costs you to be writer, the ups and downs and the sacrifices nobody warns you about. Based in Glasgow, but working on global projects, pre lockdown, Emily was in writers rooms in London and L.A. but is now hidden away in her home writing furiously for a Hollywood film, whilst trying to juggle other projects. Join us for this candid chat about the real life of a working writer and find out if it’s all it’s cracked up to be.

An award-winning poet, screenwriter and novelist, Emily Ballou was born in the United States and moved to Australia in 1991. In 1996, she was a recipient of the Australian Film Commission’s New Screenwriters Scheme for her first feature screenplay, Sadie X-Ray. In 1997, she was awarded the Judith Wright Prize for Poetry for her poem, Enter.

Her first novel Father Lands, set during the desegregation of the school system in the United States, was published by Picador in 2002 and won Sydney Morning Herald’s Best Young Novelist of the Year Award. Emily’s verse portrait of Charles Darwin, The Darwin Poems, was awarded a Tyrone Guthrie Centre fellowship in Ireland through the Australia Council for the Arts in 2007. It won the 2010 Wesley Michel Wright Prize for poetry, was highly commended in the Anne Elder Award and shortlisted for the NSW Premier’s Kenneth Slessor Prize for Poetry, the Mary Gilmore Prize, the Australian Literary Society’s Gold Medal, and the Western Australia Premier’s Prize.

She has also published a children’s picture book One Blue Sock (Random House) illustrated by Stephen Michael King. Her second novel, Aphelion (Picador, 2007), is set in Adaminaby, NSW during the Snowy Mountains Scheme and spans four generations of women. Her essays and reviews have been published in The Australian Magazine, Heat, Australian Book Review, The Australian Review and New Matilda.

Now residing in the UK, Emily is currently writing a feature script for Sony, an episode on Anya Reiss’ upcoming Elizabeth I drama, Becoming Elizabeth, for Starz and show-running a six-part thriller set in Saudi Arabia for ITV Studios America. She was creative consultant and a writer on the Steven Knight/Ridley Scott/Tom Hardy series, Taboo for BBC1/FX.

She writes extensively for UK television including on Humans (Kudos/C4/AMC), the Sally Wainwright originated Scott & Bailey (Red/ITV/ BBC Worldwide), Case Histories (BBC), as well as National Geographic’s American Blackout. Emily has been commissioned to write numerous pilots including for Working Title, Scott Free, Origin, New Pictures, Sundance Channel, and the adaptation of Elizabeth Gilbert’s novel The Signature of All Things for PBS. She has recently finished a feature script on the life of Victorian photographer Julia Margaret Cameron for BBC films for Rachel Weisz.