Postponed
Due to unforeseeable scheduling difficulties, this event will need to be postponed for now.
Livestream 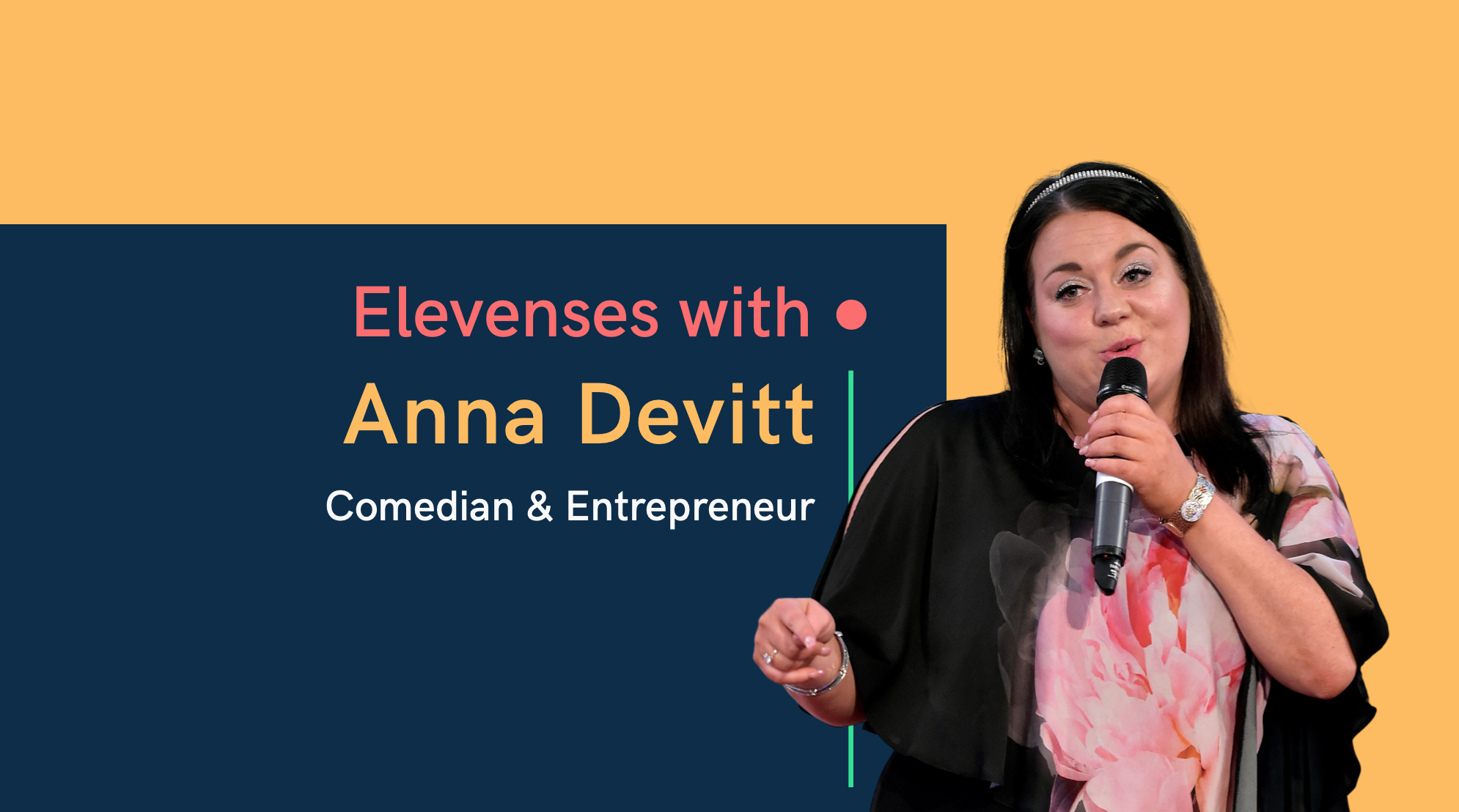 This week on Elevenses Rachael Brown is joined by award-winning comedian and businesswoman Anna Devitt who is a true pioneer in every sense of the word. Forging her own unique path, developing ideas ahead of the curve, trusting her gut against the odds, Anna is a Scottish anomaly who puts her head above the parapet and often gets a hard time for it, but just as often succeeds where others saw no opportunity. Hear from Anna about what drives her, why she takes big risks and how they’ve paid off.

Anna Devitt is a woman on a mission! Comedian, Entrepreneur, Speaker and Writer. Anna has become a multi award winning business woman, she started her business by opening an all-female comedy production company which went on to sell out at all major festivals throughout the UK.

She then embarked on challenging and changing the way we educate young people. Anna built Comedy & Confidence™ Training Program which was accredited under SCQF Levels, 3,4,5 & 6 and is a custom built SQA Award with funding support from the trust.

She launched this training program in 2016 within Polmont Young Offenders. Since then she has adapted the organisation into a community interest company and the program has won several titles including: Enterprise in Education ROCCOS 2016, Finalist for Best Start-up Company in Scotland Scottish Variety Awards 2017, Business Woman of the Year Finalist Best Start Up Company 2017.

The organisation in November 2018 won the first ever Creative Award under the Scottish Edge competition, with Cultural Enterprise Scotland and Creative Scotland. Gaining recognition and investment which has enabled the team to grow and Anna Graduated. She was then awarded The Most Ambitious Woman in Training & Education from Investing in Woman in March.

Anna’s motto is “Get the life you deserve, not the one you were dealt” and DirectDevitt Comedy & Confidence™ truly believe everyone can learn but, not everyone can be taught the same way.

Connect with Anna at the Creative Entrepreneurs’ Club

Force for good, Rachael Brown is Chief Executive at Creative Entrepreneurs’ Club where she works to support and empower creatives and social enterprises. She previously spent over a decade at Impact Arts and has worked on joint ventures with the Scottish Government and leading agencies including Creative Scotland and Scottish Enterprise. Rachael’s experience and knowledge are truly beyond question, and her passion for business and cultural, creative arts is infectious.

Connect with Rachael at the Creative Entrepreneurs’ Club