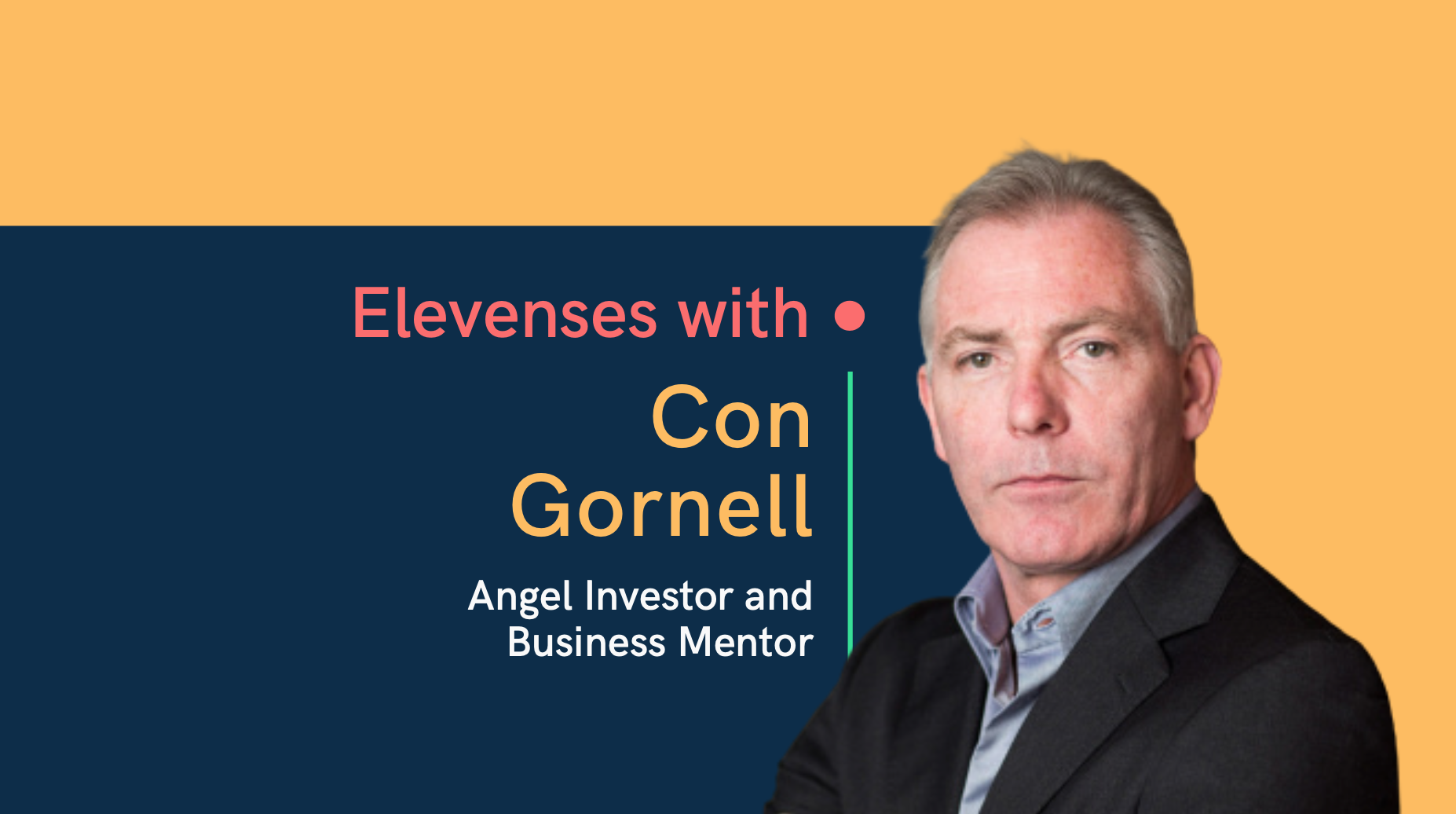 This week on Elevenses with CEC, Rachael Brown is joined by former Warner Bros. EMEA marketing exec VP, turned angel investor and business mentor, Con Gornell, to discuss what it is about the creative and social sectors that excite him enough to donate his time and invest his money. Learn what Con looks for in an investment and how he works closely with the businesses he invests in to ensure their success, using his contacts and ingenuity to open doors and serve as a heavily involved partner.

Born in Auckland, raised in Liverpool, and working his entire adult life in London, Con started an accidental career in advertising in ’84 when a Sales Executive in the LBC team took it upon himself to introduce Con to two of the directors at All Media Services, based in Soho. That introduction led to a hugely challenging and enjoyable career at a number of London’s top agencies including RSCG, Carat, Grey London/ Mediacom, WPP and Bartle Bogel Hegarty. All of those agencies were fantastic places to work, learn and grow, but his time at BBH was truly life-changing. A year at BBH was like a dog year: 7 years of experience in a single 12 month period. 20 years at Warner Brothers followed, where Con served as the Head of Marketing EMEA for the film division. Since leaving Warner Bros. 2 years ago, Con has dedicated his time exclusively to working with startups in a wide range of ways from mentoring to investing and everything in between.

Connect with Con at the Creative Entrepreneurs’ Club